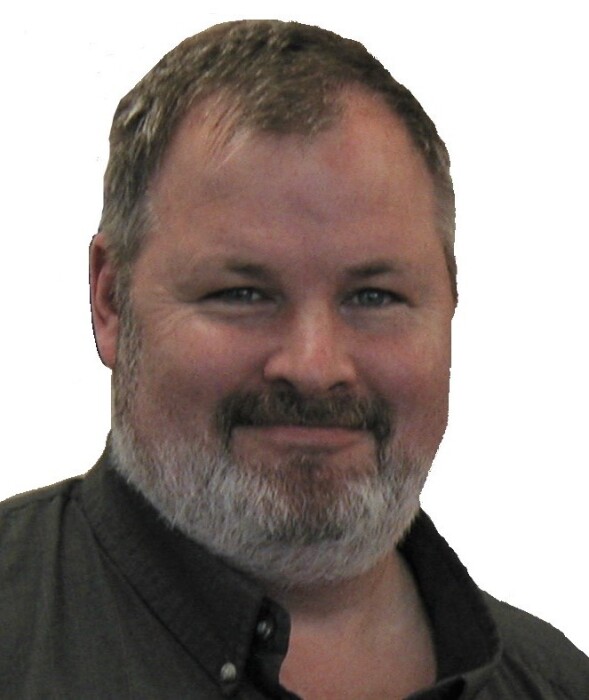 On April 1, 2021, the Reverend Joel Arthur Walker stepped into the presence of his Lord and Savior.  Joel was born January 5, 1959 in Châteauroux, France and was the oldest son of Herbert and Christine (Tweedle) Walker. He loved his wife, family, country, and trusted in and was faithful to God.

Joel grew up as an Air Force son, shepherding his siblings along with an assortment of cats and dogs while his father was away serving his country in the USAF.   He had many fond memories and stories to share about his adventures with fellow Air Force family and friends.  He attended Freedom High School in Morganton, NC, and met his future wife Lisa Schmidt when he drove the school bus for her route.  Together they had many adventures in his orange 1959 Willys Jeep on the back roads of Burke County. After graduating high school, he joined the Army and fulfilled his childhood dream of becoming a Green Beret, serving with the 5th Special Forces group as a radio operator. Joel received his Associates Degree from Wake Tech and worked at Underwriters Laboratories in RTP.  Joel was called to the ministry while attending Emmaus Baptist Church in Pittsboro, NC where he was Licensed and Ordained into the Ministry.  He and his wife quit their jobs, sold all and moved by faith to Zebulon, NC so he could attend Southeastern Theological Seminary in Wake Forest, NC where he received his Master of Divinity. He then studied Christian Ethics at Oxford University in Oxford England as a Ph.D. candidate while attending Southern Seminary in Louisville, KY.  His greatest honor was being bestowed the position of Deacon, meaning being a servant. He had a servant’s heart and wanted to be thought of as an encourager to all those around him, stranger or not.  He loved making people laugh, and always wanted to be thought of as a nice person. After retiring from the ministry, he worked for the State of North Carolina and retired as the Acting Budget Manager with the NC Department of Health and Human Services in Raleigh, NC.

He loved the outdoors, and he and Lisa had many adventures camping, hiking, wildlife viewing, Geohashing and Geocaching. He loved riding the back-country roads of eastern NC on his Harley.  He was a member of the Iron Butt Association, and completed the Saddlesore 1000, riding 1,000 miles in less than 24 hrs. and the Bun Burner 1500 -  1,500 miles in less than 36 hrs. He would take vacation time to ride his Harley with the Patriot Guard for Fallen Soldiers, and Officer Down missions.   On weekends you could find Joel and Lisa at Medoc Mountain State Park where they often volunteered.  He loved traveling to northern New Mexico in the autumn to hike, camp and view the wildlife. He loved a challenge, and planning adventures was always part of the fun for him.  He would spend months planning their trips to New Mexico.  He often said he wished he could be more spontaneous about their adventures…to him spontaneous meant he only planned for a couple of weeks.

He and his wife volunteered on many disaster relief and mass feeding efforts lead by the NC Baptist Men from the coast of NC after hurricanes, to flooding in western NC and in West Virginia, to Gulfport after Hurricane Katrina. He was a member of the Medoc Mountain State Park PAC committee.  One of his many hobbies included being an extra class amateur radio operator, call sign K4ND.

He is survived by Lisa, his loving wife of 36 and a half years and his siblings, Nelson and Amy Walker, Brother-in-Law Kurt Schmidt (Teresa Bentley), Sister-in-Law Kristine Bumgarner (David), and Brother-in-Law Mark Schmidt.  He loved doting on and encouraging his nieces & nephew, and his great nieces and nephews.

His lord said unto him, Well done, good and faithful servant.… Let not your heart be troubled: ye believe in God, believe also in me. In my Father's house are many mansions: if it were not so, I would have told you. I go to prepare a place for you. And if I go and prepare a place for you, I will come again, and receive you unto myself; that where I am, there ye may be also.

His final days in the hospital and at home were spent thanking and encouraging the workers at the hospital, the firemen and EMS who transported him and the ladies from Hospice who helped care for him.   His wife, brother and sister, nephew, nieces and great nieces and nephews will miss him greatly. The love, laughter, encouragement, and compassion that he showed will live in our hearts and minds forever.

Lisa would like to thank Joel’s coworkers at DHHS across the state for the kindness and friendship they showed Joel during his career and the compassion they showed during his final days.  In lieu of flowers, Joel asks that if you can’t rescue a cat, support Appalachian Animal Rescue Center or your local animal rescue or volunteer at your local State Park.  A private memorial service will be held at a future date.

Bryant-Grant Funeral Home and Crematory is serving the Walker family. Online condolences can be made at www.bryantgrantfuneralhome.com

A service summary is not available

Plant a tree in memory of Reverend Joel Arthur Walker

There are 100 photos available in the gallery

We are so sorry for your loss. Joel was a great guy to work with. Though most of our communication was through email, he was someone we had always hoped to meet in person. He will be missed.
DHHS Controller's Office - Accounts Receivable Other

A Memorial Tree was ordered in memory of Reverend Joel Arthur Walker by DHHS Controller's Office - Accounts Receivable Other.  Plant a Tree

Amy, Nelson, Lisa, so sorry to hear of the loss of Joel. My prayers and thoughts are with you and your families. God bless.
Larry

Although my time with Joel was not long, it was very pleasant and memorable.  He was such a kind-hearted man who loved the Lord.  He and I worked in the same building on Dix Campus and he would stop by my office door, drop and shake his head as to say, "another day, another dollar"!!!.  We would laugh so hard and tell each other to have a blessed day.  He talked about his family as though there was no one else on this earth, so to the Walker family, just know, you were loved and will continue to be loved.  You are in my thoughts and prayers.

I've known Joel, Nelson, and Amy since the 4th grade. Have wonderful wonderful memories of spending time at their house. There are no better people or greater friends than Joel and his family. He will be missed.

I love you Joel and I will miss you. Thank you for all you did for me over the years. You really saved me from the bullies when we were growing up. I'm very thankful.
Nelson Walker

A Memorial Tree was ordered in memory of Reverend Joel Arthur Walker by Nelson Walker.  Plant a Tree

Plant a tree in memory of Reverend Joel Arthur Walker